Welcome to Year 5 with Mrs Dent and Mrs Perkin

Coming up in the Summer Term

This term Year 5 will be kept extremely busy, immersing themselves into exciting topics.
- I​n Maths, we will be exploring more calculations involving decimals, including addition, subtraction, multiplication and division. We will also be focusing on tricky areas of maths, such as, Fractions, Percentages, Probability and Data Handling.

-In English, we will be focusing on a range of poetry, fiction, and non-fiction. Some of the texts that we will be using include:- The Highwayman by Alfred Noyes, Short by Kevin Crossley Holland, Macbeth and A Midsummer Nights Dream by Shakespeare and a range of Michael Rosin poetry, including Chocolate Cake. For the non-fiction element of our work we will read and study a variety of short texts covering journalistic writing, persuasive writing and instructions and explanations. And finally, lets not forget Spelling, Punctuation and Grammar. For this we will continue our work on areas such as progressive forms of verbs, adverbial phrases, parenthesis and looking at types of clauses.

- In History, our focus is on learning about the history and development of medicine through the ages, starting way back when trepanning was used to cure a headache.

-​ In Geography, our focus is on the Amazon Rainforest, following on nicely from our previous topic on South America. For this topic we will be learning about the location, the people that live in and around the rainforest and the resources that the rainforest provides. We will also be looking at the animals that live in this habitat and the dangers and threats the rainforest is under.

-In Art and Design, we will be looking at the art work of Henri Rousseau and linking it to our work on the Amazon Rainforest. We will be creating our own jungle pictures and, if time, clay animals.

In RE, we will be exploring Judaism and what it means to be a Jew

In Science, our topics are Life Cycles and Forces in Action. As part of this work the children will learn about the force of gravity, friction, air and water resistance and begin to understand the concepts of buoyancy and up thrust. We will also cover the human life cycle and cover how a baby is made and the stages of development (gestation). The school nurse will be coming into school near the end of the year to do a talk on body changes and puberty.

In French, we will be extending our understanding of the French language and getting more practice in speaking the language, improving our fluency and accuracy.

In Computing, we will be using the program 'Excel' and learning about formatting cells, conditioning cells and creating formulas. We will also be focusing on creating games using the programs 'Scratch' and 'Kodu'.

In Music, which is taken by Trafford Music Service, we will have the opportunity to listen to a range of music, compose and perform pieces of music and sing a range of songs.

Every year the Highwayman makes a special appearance at Cloverlea and this year was no different. Concluding the work on the poem of the Highwayman, by Alfred Noyes, the children in Year 5 came up with an extensive list of questions which they wanted to ask him so that they could learn more about his character, such as:-

1) Why did he become a highwayman?

2) At what age did he become a highwayman?

3) Was he ever close to getting caught by King George's men?

4) What was his best steal? Who from?

5) Had he ever been injured in a robbery?

6) Where did he hide all the jewels and money he stole?

On Tuesday 26th April a loud knock came at the Year 5 classroom door and there entered the Highwayman, dressed his dashing attire. The children asked their questions and the Highwayman willingly answered them, revealing some fascinating and interesting information.

Please find the time to look at some of the work the children produced in response to the visit from the Highwayman. This visit really inspired some lovely writing.

The Highwayman tells all 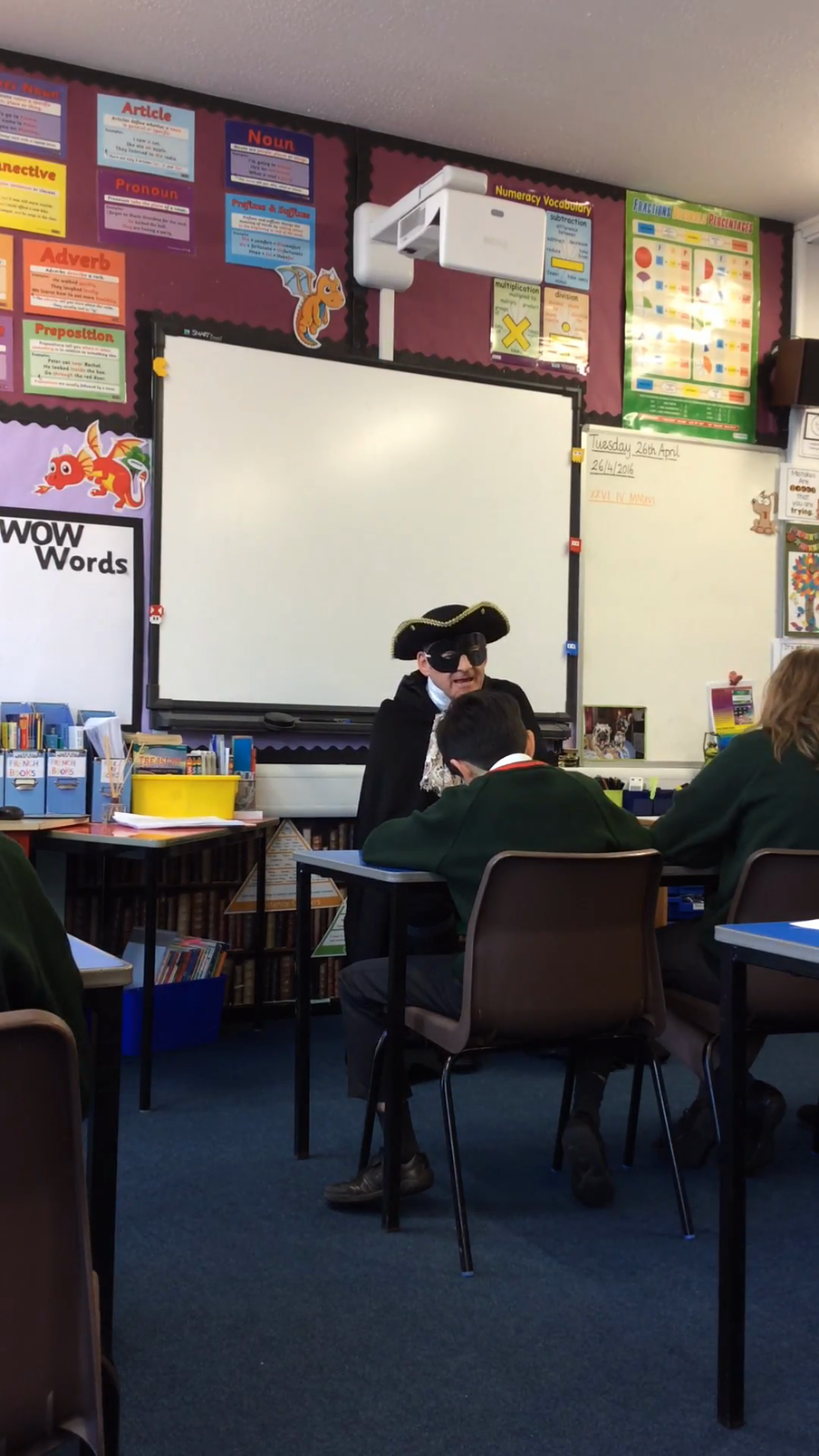 We thought it would be nice to share some of our stories  that we have been producing in class.

Please take time to read. We know that you will enjoy reading them as much as we have enjoyed writing them.

In the Spring Term, Year 5 were chosen to get involved in the Halle 'Adopt a Player' project. It involved them working together in order to produce a piece of music that was inspired by Mendelsohn's Italian Symphony. They worked closely with a music student from Manchester University and a player from the Halle Orchestra to create this piece of music. Over three workshops, held at the school, they composed and arranged their own composition, which they performed in an end of project performance, with other schools, at Altrincham College of Arts.
The highlight of the project for the class was definitely the visit to the Bridgewater Hall to watch the Halle Orchestra live. It was a wonderful experience and thoroughly enjoyed by all.

Computing - We are Architects​

In the Spring term we have used Sketchup to create our own buildings. Please take a look at some of the houses we have designed.

Year 5 in the computer suite designing their houses of the future, using Sketchup 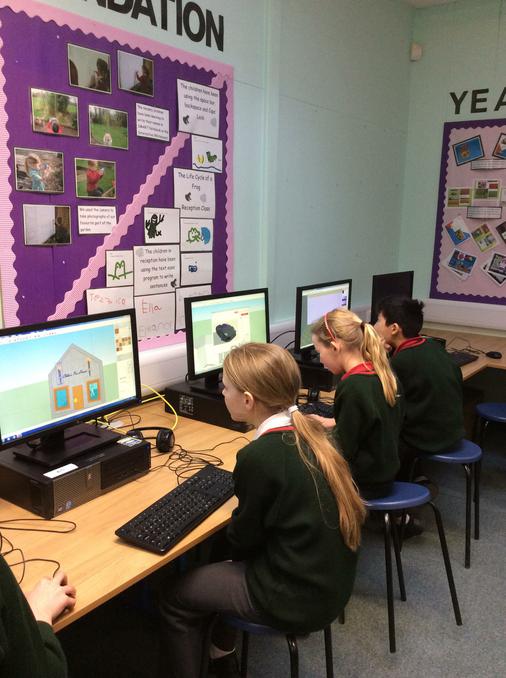 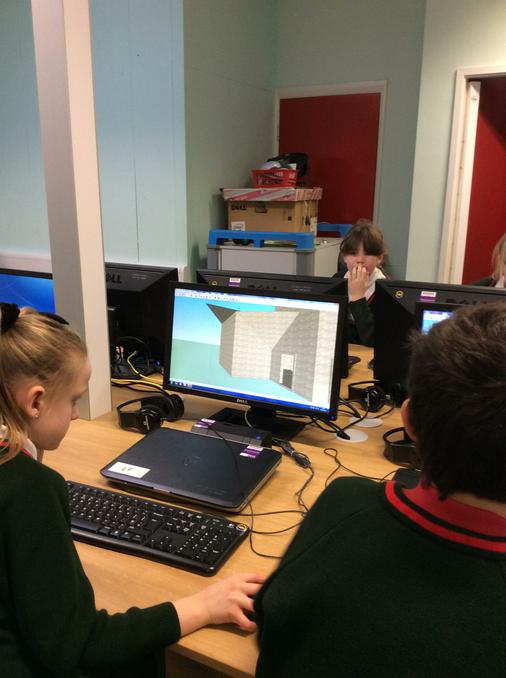 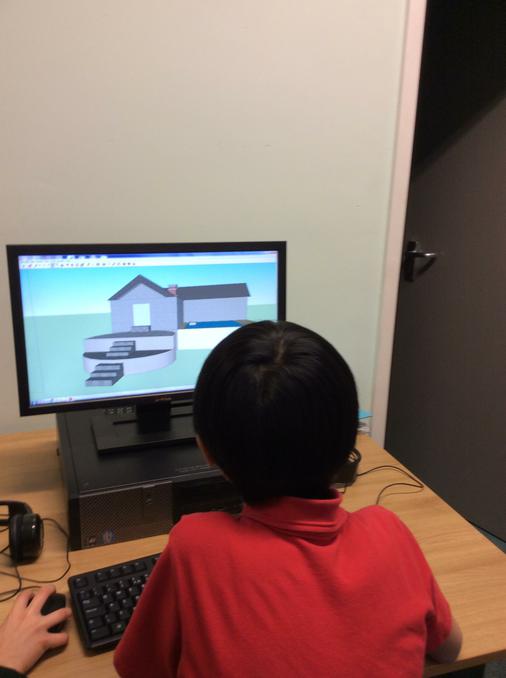 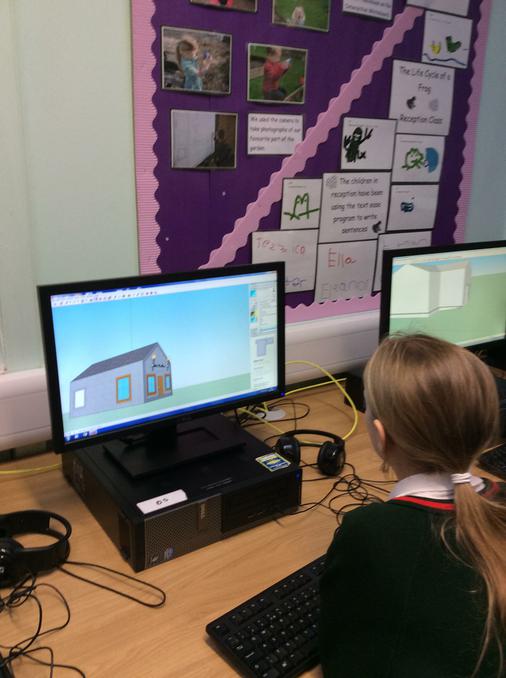 Last term, the children looked at Classic Fiction as part of their English work. The book chosen was 'Treasure Island' By Robert Louis Stevenson. As part of this work the children watched the BBC Adaptation  and read excerpts from the book. We focused on dialogue. and imagined what conversation might have occurred between Jim Hawkins and Billy Bones and what might have been said between Black Dog and Long John Silver if their paths did ever cross. The children thoroughly enjoyed playing the parts of these pirates and reading aloud their conversations they composed. It has to be said that there are some budding actors in Year 5.

Here are some photographs of the children in the classroom, writing down their dialogues between the pirates.

RSPB: In Search of Nature in the School Grounds